Ingrained in history, the beloved Willy MB is an essential piece in the Silver Soldiers series. Rough and tough, this solid silver jeep is ready for action!

Forged by the spirit of combat, and blazing in the heat of battle the Willy MB has engraved itself into the hearts of Americans and friends in the fight for freedom. In 1941 the U.S Army requested a vehicle... What they got was a war hero! Strong as an ox, agile as a fox, and more loyal than anyone could have imagined!

This faithful car was even described by General George C. Marshall, US Army Chief of Staff during World War II, and later U.S. Secretary of State, as "America's greatest contribution to modern warfare" and many will agree the deciding factor in being victorious in WWII.

The tough, yet simple MB was a GI’s best friend, second only to his rifle of course, and etched a special bond in the hearts of every soldier for the ieep was there in all areas of combat. MB’s could be loaded and transported into aircrafts for turnkey deployment. The MB’s could even be fitted with customized field kits for winter, desert, or deep-water conditions - and lets not forget a fear striking .30 or .50 caliber mounted machine gun to roar into combat.

The Willy MB started a military revolution rendering horses, and motorcycles / sidecars obsolete. One MB even took itself as far to being awarded a Purple Heart - Yes the Willy itself! Designed for combat and now crafted in solid silver, every patriot needs to have this amazing creation on display.

Take a look behind the scenes:

The Willy MB took 3 months of development time including 64 hours of 3d printing and 7 days of assembly!! 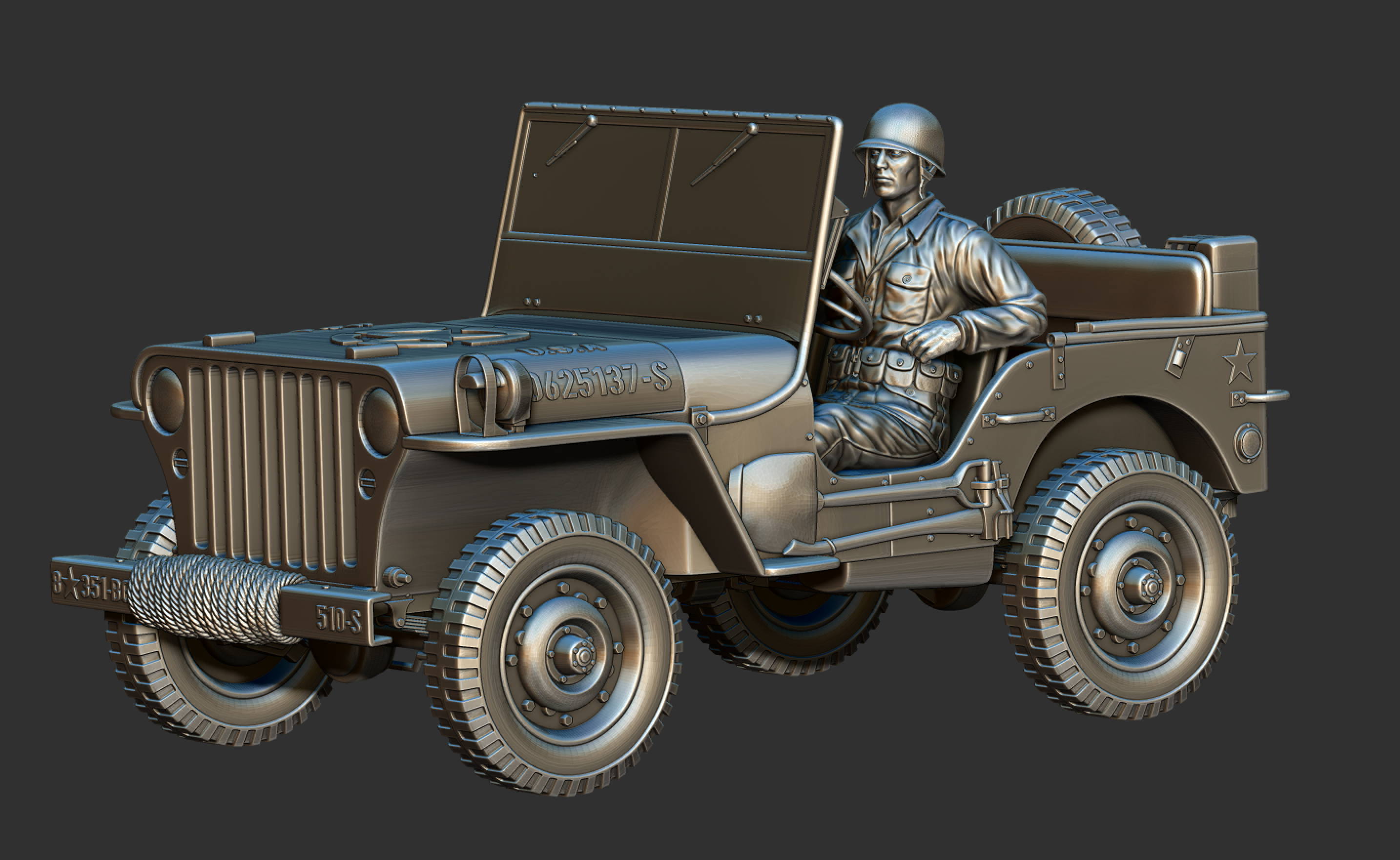